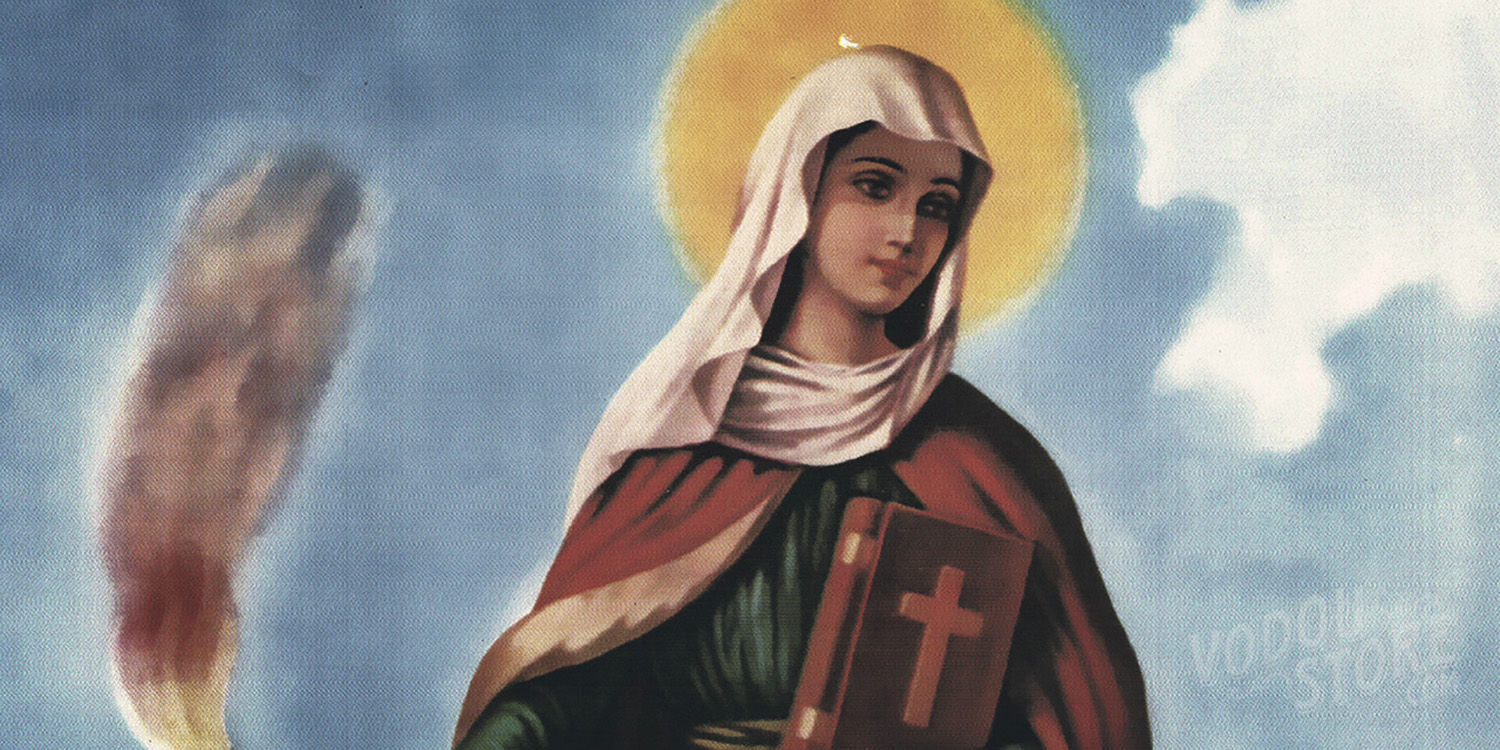 On July 29th, Catholics celebrate the feast day of St. Martha, who dominates the demons of Hell and unruly men. We are not concerned with the patron saint of cooks, but the old world witch goddess hidden in the image of a saint. For centuries witches in Spain and Italy have called upon St. Martha to dispense justice against abusive husbands, to gain dominance over lovers, and to drive targets mad, abandoning their lives finding comfort only in the arms of the witch. To honor her, find an image you like, some use a statue of the Saint holding a torch or spear standing on a dragon or serpent, others use the gypsy woman holding snakes. Any of these are appropriate. Decorate her altar with red and offer libations of wine, perfumes, and flowers.

She is said to like baked sweets, especially sweet bread. Here is a simple prayer from the 1600’s to her evoking the intranquil devils of Hell to dominate a lover which is to be performed at night:Take a broom and use this as an effigy of St Martha, placing a veil over the bristles as if it was a woman. Light a candle that has not been blessed, and kneel in front of the broom. Without doing the sign of the cross put your hands together in prayer and say:

“Martha, little Martha, neither dignified nor a saint, nor worthy of prayer, or who is on the Church’s altar, but rather the one that walks in the street by night, and at the crossroads by day, I conjure thee with Satan and Barabbas, with Beelzebub and all his devils, and with the Limping Devil who runs faster than everyone, that all of them go to NN, giving him time to dress, and bring him by the tips of his toes to me before my eyes without any harm.”

Another spell to break up lovers:

“Martha Martha neither dignified nor a saint, she who separates married women, she who unites lovers, she who travels the crossroads by night, I conjure you with Satan and Barabbas, and the Limping Devil, and with the demon of the slaughterhouse, that you bring NN to me more quickly than a man speaking or a dog barking.”

These spells conjure the familiar image of the witch and her broom. In this case, the broom acts as an idol and can be used to sweep the doorstep for the arrival of your target. You can take the offerings to the crossroads or leave them on the wayside of the streets, the domains of St. Martha.

You can never take too much care over the choice of your sunglasses and jewlery.